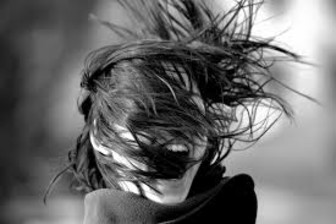 In the previous study, an investment firm was considered to be diverse if it had at least one partner who was a woman or a person of color. The bar for diverse ownership in the current study was raised to 50% ownership by women or people of color.

The Gates Foundation, the largest private philanthropy in the United States with about $50 billion in assets, participated, but the study did not identify any assets the foundation had steered to investment managers led by women or people of color.

Robert Raben, executive director of the Diverse Asset Managers Initiative, said foundations have done a poor job of providing data on the diversity of their investment consultants. Read the Entire Article

Less than 20% of the assets held by major foundations is invested by outside firms run by women or people of color, according to a report released Thursday. The report found that 30 of the largest...more

The Greater Milwaukee Foundation has provided small business loans to 17 Milwaukee-based businesses, primarily located in three neighborhoods on the north side. The foundation's ThriveOn program...more

Evelyn Barahona has been chosen to lead and grow a new philanthropic fund designed to address longstanding inequities in the Massachusetts Latino communityâissues that came into sharper focus after...more

Through the North Valley Community Foundationâs Aaron Rodgers Small Business COVID-19 Fund, the second round of funding will pay a total of $578,000 to 79 local businesses in Butte County, as they...more

The Philadelphia Foundation has created a fund designed to bolster the Black-led nonprofits that serve the region's Black communities.The Black Community Leaders Fund will build on a $1 million...more

The startup BlocPower uses software to identify buildings that are prime candidates to receive more efficient energy systems. That might mean installing an electric heat pump or a microgrid to...more

Howard W. Buffett, the grandson of legendary investor and billionaire Warren Buffett, is getting into Opportunity Zones. Buffett is launching a software tool that measures an Opportunity Zone...more

Living Cities staff JaNay Queen Nazaire, Chief Strategy Officer, and Demetric Duckett, Managing Director, write how Living Cities is "not only doubling-down on the use of capital as a driving...more