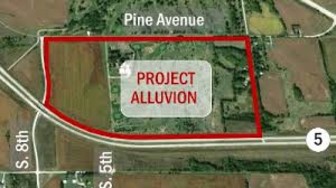 When Covid hit in Manitoba, the Canadian province's biotech industry took the lead in developing vaccines and responding to the public health emergency, the CBC reports.

According to the Winnipeg Free Press, the industry employed more than 7,500 people in 2021 and brought in $9.9 billion in revenue.

That's down a bit from last year's $10.4 billion but still enough to make it the province's third-largest industry, behind agriculture and construction.

And it's one that's expected to keep growing.

"The ecosystem most ready and mobilized to get involved is biotech," says Kim Kline, president of the Bioscience Association of Manitoba.

That's because the province is one of only two in Canada to commit to "social impact bonds," which invest in projects that make a positive social or environmental impact.

"This kind of investment tool can be a way for innovative solutions to be sought for challenging social and environmental issues," Kline says.

The province is also in the process of creating a Manitoba Life Science Strategy.
Read the Entire Article